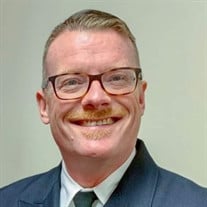 Bradley Jon Liggett, 55, of Beloit, WI, passed away unexpectedly on Saturday, January 8, 2022 at Beloit Memorial Hospital. He was born on December 7, 1966 in Sterling, IL, the son of Lyman and Brenda (Oller) Liggett. Bradley was a 1985 graduate of Rock Falls Township High School and received his Bachelor’s from Upper Iowa University. Bradley was a veteran serving with the U.S. Navy during Desert Storm and served with the Marines as a Navy Corpsman. He married Karen Cornstubble on October 10, 1986. He later married Mary Wilkins on August 9, 2012 in Beloit. Bradley was the current Fire Chief for the Freeport, IL Fire Department and former Fire Chief for the City of Beloit Fire Department for 30 years. He was a member of the International Association of Fire Chiefs, the National Fire Protection Association, the Wisconsin Homeland Security Council, National Society of Executive Fire Officers, Rock County 911 Commission, and the City of Beloit Heightened Awareness & Emergency Preparedness Team. Bradley was also a member the Freeport Salvation Army Advisory Board and former Chairman of the Beloit Salvation Army Board. He was a member of Central Christian Church, Vets Roll, the City of Beloit 4th Fireworks Committee, and volunteered for Meals on Wheels. Bradley was a past member and president of the Kiwanis Club of Beloit, former chairman of the 2005 Stateline United Way Campaign, former Cub Master of Pack 306 and PTA President for Morgan Elementary School as well as a former PTA President and Village Partnership Vice-chair of Robinson Elementary School. He was a member of the Lincoln Douglas Kiwanis Club in Freeport, a member of the Illinois Fire Chiefs Association, and 2nd Vice President of the Metropolitan Fire Chief’s Association. Survivors include his wife, Mary Liggett; children, Mary, Kaitlyn, Nick (Corey), Ben (Amber), and Brandon Michael Liggett; grandchildren, Isabella, Leeah, Kellin, Kaine, Madyson, Layla, Bentley, Grayson, Brielle, Lorenzo, and Grace; stepchildren, Holly (Quinnton) Young and Ian Green; step grandchildren, Elijah, Lincoln, and Dominic; mother, Brenda Oller Liggett of Freeport, IL; grandfather, Kenneth (Beverly) Oller; siblings, Kristan Liggett and Kenny Boesen; his AFS brother, Ersin Sakmar; and in-laws, John and Carol Wilkins; nephew, Blayke Willett; numerous other relatives and friends. He was predeceased by his grandparents, father, Lyman, and nephew, Dakota Willett. A Funeral Service for Bradley will be at 12:00 p.m. on Saturday, January 15, 2022 in Central Christian Church Dream Center, 2460 Milwaukee Rd., Beloit, WI (South Side entrance, off of Willowbrook Rd.) with Pastor Randy Kiger and Major Randy Polsley officiating. Military honors will be accorded by the V.F.W. Post #2306. Visitation of remembrance will be from 4 to 9 p.m. Friday, January 14, 2022 in the Central Christian Church Chapel (North Side entrance, off of Milwaukee Rd.) There will also be a visitation on Saturday from 9:30 a.m. until 11:30 a.m. before the service in the church. Face mask are recommended. Burial will be in East Lawn Cemetery at a later date. A live streaming of the service will be available at https://centralbeloit.online.church/ Memorials may be given in his name to Vets Roll or the Salvation Army.

Bradley Jon Liggett, 55, of Beloit, WI, passed away unexpectedly on Saturday, January 8, 2022 at Beloit Memorial Hospital. He was born on December 7, 1966 in Sterling, IL, the son of Lyman and Brenda (Oller) Liggett. Bradley was a 1985 graduate... View Obituary & Service Information

The family of Bradley J. Liggett created this Life Tributes page to make it easy to share your memories.

Send flowers to the Liggett family.