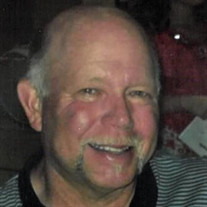 Carl A. Schliem, 69, of Beloit, WI, passed into eternal life on Monday, January 24, 2022 in his home surrounded by his family. He was born on October 4, 1952 in Beloit, the son of Albert and Catherine (Rivera) Schliem. Carl was a Beloit Memorial High School graduate. He later received his Bachelor’s Degree from Concordia College in River Forest, IL. He was a veteran of the United States Army. Carl married Cynthia Harris on June 17, 1978 in Beloit. Carl was formerly employed by USPS, he was a carrier in Beloit, Supervisor in Janesville and the Superintendent of Postal Operations in Fort Atkinson. He was an active member of Christ Our Savior Lutheran Church in Roscoe, IL and a past member of Messiah Evangelical Lutheran Church in Beloit, WI. Carl was a member of the Beloit Horseshoe Club, church Dartball League, Disabled American Veterans, American Legion, NRA, Beloit Township Parks Committee and the Beloit Snappers Volunteer. He enjoyed the outdoors and hunting. Carl was an avid Green Bay Packer and Milwaukee Brewer fan. As Carl’s children were growing up, he could often be found coaching his son’s baseball and basketball games or in the stands shouting cheers as his daughter was cheerleading. He loved spending time with his family. Survivors include his wife, Cynthia “Cindy” Schliem; daughter, Erin (Jon) Pingel; son, Joshua (Lori) Schliem; granddaughter, Mikaya Pingel; grandson, Carson Pingel; four step grandchildren; two step great grandchildren; sisters, Linda (Myron) Paulson, Sherrie Avitia, Connie (Jeff) Horwath; nieces and nephews; mother-in-law, Bettie Harris. A Funeral Service for Carl will be held at 11:00 a.m. on Monday, January 31, 2022 in the Messiah Evangelical Lutheran Church, 1531 Townline Ave., Beloit, WI with Pastor Gene Dassow and Pastor Dan Eddy officiating. Burial will be in East Lawn Cemetery. A Visitation of Remembrance will be held from 3:00 p.m. to 5:00 p.m. on Sunday, January 30, 2022 in the Daley Murphy Wisch & Associates Funeral Home and Crematorium, 2355 Cranston Rd., Beloit, WI. Visitation will also be from 10:00 a.m. until the time of service Monday in the church. The funeral will be available LIVE online through Messiah Lutheran Church Beloit's and Christ Our Savior Roscoe's Facebook pages and YouTube Channels.

Carl A. Schliem, 69, of Beloit, WI, passed into eternal life on Monday, January 24, 2022 in his home surrounded by his family. He was born on October 4, 1952 in Beloit, the son of Albert and Catherine (Rivera) Schliem. Carl was a Beloit Memorial... View Obituary & Service Information

The family of Carl Schliem created this Life Tributes page to make it easy to share your memories.

Send flowers to the Schliem family.