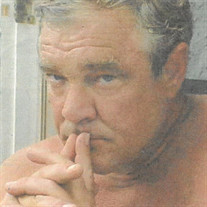 David W. Lundahl, 71, of Beloit, WI, passed away on Saturday, January 30, 2021 in his art studio. He was born August 10, 1949 in Des Moines, IA. David received his B.A. from Beloit College. He married Sherry Blakeley on October 10, 1985 in Beloit, WI. David worked at Beloit College as a visiting instructor of sculpture. Before 9/11 his art was displayed at the Twin Towers in NYC. David showed his art in over 40 States and is included in the permanent collections at MOMA and the San Francisco Museum of Modern Art. In 2013, he was inducted into the United Arts Alliance Hall of Fame. David also won the Leonardo DaVinci Prize for his use of light during a solar eclipse. He and co-artist Rolf Lund created a sculpture, Phoenix, that is displayed inside First Congregational Church that they sculpted out of metal retrieved from the ashes of the church fire. David always went his own way. He attended the original Woodstock Music Festival, hitchhiked across Europe, hiked to the bottom of the Grand Canyon, and rode freight train cars across America. Survivors include his wife, Sherry of Beloit, WI; sister, Ann Ericsson; brother, Tom Lundahl; nieces and nephews; and many cherished friends. He was predeceased by his parents, Arthur “Bud” and Dorothy I. (Shipman) Lundahl. A private graveside service will be on Monday, February 8, 2021 at Oakwood Cemetery. Daley Murphy Wisch & Associates Funeral Home and Crematorium, 2355 Cranston Road, Beloit, WI, assisted Sherry and close friend, Kendell with arrangements. A celebration of his life will be held at a later date.

The family of David W. Lundahl created this Life Tributes page to make it easy to share your memories.

Send flowers to the Lundahl family.