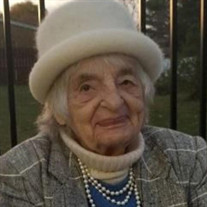 Delores Bowman, 96, of Beloit, WI, passed away peacefully with her family by her side on Sunday, January 9, 2022. She was born November 22, 1925 in Minneapolis, MN, the daughter of Anthony and Mae Janet (Lampy) Palmer. Delores married Chester H. Bowman on September 13, 1947 in Janesville, WI. He predeceased her on December 7, 1996. Delores was formerly employed by the City of Beloit as a crossing guard at Wright School for 25 years. She was a member of the Shopiere Congregational Church and the Grinnell Hall. Delores was very patriotic and began her patriotism as a volunteer for the candy stripers during World War II. She continued her volunteerism as a volunteer for the Senior Companion Program and as a volunteer at Grinnell Hall. She was a board member at Grinnell Hall, helped organize the artist mural and the Wall of Honor in the Vets room. Delores also helped organize the first Vets Roll fundraiser at Grinnell Hall. Survivors include her children, Steven (Anita) Bowman of Vancover, WA, Janice K. (Ted) Cox of Mt. Hope, WI, Tom (Debbie) Bowman of Janesville, WI, and Christine (Mike) Maust of Loves Park, IL; grandchildren, Gretchen (Matt) Sanders, Joshua (Summer) Ottesen, Ben Maust, Mike (Kendy) Cox, Kelley (Sam) Cook, Eric (Carrie) Bowman, and Mandy (Jared) Thompson; ten great grandchildren. She was predeceased by her grandparents; parents; aunt, Edith; uncles, Kenneth, Hank and Gerry. A Graveside Service for Delores will be held for her family. In lieu of flowers, memorials may be made in her name to Grinnell Hall. While an overseas war was raging in 1944, our own Delores Bowman wrote this poem as she prepared to graduate from Janesville High School. While her approaching graduation was a source of happiness and joy for her, she was also saddened because many of her classmates had gone off to war. It was the mixed emotion which inspired her to write this poem: SPRING ARRIVES - A bird? Yes, a robin and he spoke to me today, He cocked his head in that certain way. And chirped a song that seemed to say Chin up I'm here Spring's near! This little round fellow with notes so clear and mellow Brings spring with him every year And also much happiness and cheer. Although this year it is different, it seems, With broken hearts and scattered dreams With dear ones away in this war-torn world Serving under the banner of "Old Glory" unfurled. But as with these thoughts we are led astray If we'd just listen to his message as we go on our way … Chin up I'm here Spring's near!

Delores Bowman, 96, of Beloit, WI, passed away peacefully with her family by her side on Sunday, January 9, 2022. She was born November 22, 1925 in Minneapolis, MN, the daughter of Anthony and Mae Janet (Lampy) Palmer. Delores married Chester... View Obituary & Service Information

The family of Delores Bowman created this Life Tributes page to make it easy to share your memories.

Delores Bowman, 96, of Beloit, WI, passed away peacefully with...

Send flowers to the Bowman family.