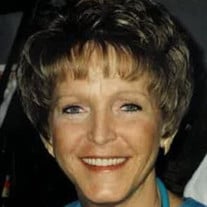 On Tuesday, October 5, 2021, just after sunrise, Denice Ellen Brunton fell asleep and will now await the return of her Savior while resting in God’s peace, separated from sorrow and pain. She was born on June 2, 1955, the daughter of Shirley J. and Roderick G. Brunton Jr. in Beloit, WI. She grew up the second of four children, attending schools in Beloit Township and graduating from F. J. Turner High School in 1973. While in High School, Denice was part of the school chorus, winning numerous group and solo awards at Wisconsin State competitions. From her mother to her great-grandchildren, Denice was part of five generations currently alive. She is already missed. Denice had a passion for dogs and owned quite a few, some of them show dogs that she traveled around with, some qualified only as “good companions”. She didn’t feel it was necessary that a dog have papers as long as you could train it to go on the papers when it was a pup everything would work out fine. In her work life, Denice always exhibited the spirit of a servant, spending years as a waitress, working at numerous local eateries, she then went to school, got her degree and spent the last years of her working career as a nurse. She enjoyed watching movies and, if she took a particular liking to one, she could watch it over and over without getting bored with it. She is survived by her mother, Shirley Brunton, her daughter Cynthia Brunton, grandchildren Devin (Sarah) Martalock, Kennedy (Byron Van Horn), Tegan (Nathaniel Rogers), great-grandchildren Liam and Hudson, sister Teri (Mark Cole), brothers Rick (Sue) and Jay (Sue), cousins Becky Hall and Richard Ring, with whom she shares a birthday. She is also survived by numerous nieces and nephews of two generations. Denice was preceded in death by her son, Joshua, who died at childbirth, her father Rod Brunton Jr., cousins Jeff and Yvonne Coan and Deborah Ring, her Aunts and Uncles Penny and Dennis Coan and Yvonne and Donald Ring, and her maternal and paternal grandparents Kathryn and Silas Coryell and Ellen and Roderick Brunton Sr, respectively. Services will be held at St. Paul’s Episcopal Church located at 212 W. Grand Avenue in Beloit, WI on Tuesday, October 12, 2021. Visitation will begin at 1:00 p.m. with Service following at 1:30 p.m.

On Tuesday, October 5, 2021, just after sunrise, Denice Ellen Brunton fell asleep and will now await the return of her Savior while resting in God&#8217;s peace, separated from sorrow and pain. She was born on June 2, 1955, the daughter of... View Obituary & Service Information

The family of Denice E. Brunton created this Life Tributes page to make it easy to share your memories.

Send flowers to the Brunton family.