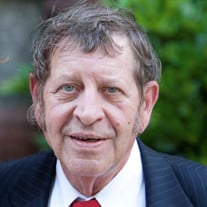 Donald G. Lee, 78, died Sunday, September 26, 2021, in Arlington, VA. Donald Lee was born May 13, 1943, to William “Owen” and Marion (Beley) Lee in Beloit, WI. Donald graduated in the class of 1961 from Beloit Memorial High School. He obtained his undergraduate in Business Administration from the University of Wisconsin – Whitewater in 1965 and received his Master’s in Business Administration from the University of Wisconsin in 1967 (graduating in under a year and a half). He was a member of the fraternity Phi Chi Epsilon. After attaining his Certified Public Accountant (CPA) license, Donald chose to work for Arthur Young in Houston, TX after receiving multiple offers from notable accounting firms. From there he transferred to Phoenix, AZ and eventually moved back to Beloit, WI to open his own accounting firm “Donald G. Lee, C.P.A.” Donald was married to Janice (Pribnow) (Lee) Winters from 1965 to 1989 and had five children: Jeffrey, David, Daniel, James, and Jill. Donald enjoyed listening to music and watching movies. In music, he preferred country western as he was more of an Elvis fan than the Beatles. He also took particular interest in the stunts on action movies. In his final years, Donald’s greatest joy was spending time with his children and grandchildren that he loved to visit and hear stories about. Donald struggled most of his life with schizophrenia and passed away after battling lung cancer. His survivors include his children, Jeffrey (Carrie) Lee of Centreville, VA, David (Maura) Lee of Springfield, VA, Daniel Lee of Evansville, IN, James (Teressa) Lee of Purcellville, VA, and Jill (Stuart) Polk of Alexandria, VA; grandchildren, Jack Lee, Catherine Lee, Henry Lee, David Lee, Amy Lee, Megan Lee, Benjamin Lee, Adam Lee, Eric Lee, Lauren Lee, Hugh Lee, Margaret Lee, Bree Polk, and Kylie Polk; brother; Richard (Nancy) Lee. He was preceded in death by his parents and brother, William Lee. Funeral services will be at 10:30 am on Tuesday, October 5, 2021, in the Daley Murphy Wisch & Associates Funeral Home and Crematorium, 2355 Cranston Road, Beloit, WI. Visitation will be Monday, October 4, 2021 from 5:00 p.m. to 7:00 p.m. Memorials may be given in his name to the Johns Hopkins Schizophrenia Center at 550 North Broadway, Suite 916, Baltimore, MD 21205 or by phone at 410-955-8159.

The family of Donald G. Lee created this Life Tributes page to make it easy to share your memories.

Send flowers to the Lee family.