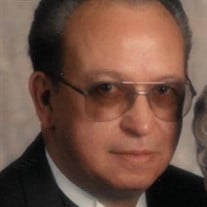 Harry Duane Wendtland, 81, of Beloit, WI, died Friday, December 18, 2020 in his home. He was born March 16, 1939 in Beloit, WI, the son of Oscar T. and Irma L. (Delaney) Wendtland. Harry was a 1957 graduate of Beloit Memorial High School. Following graduation Harry served his Country as a member of the U.S. Air force. Harry married Betty (Crawford) on August 23, 1986. She predeceased him on July 23, 2004. Harry was employed by Warner Electric Brake and Clutch from 1964 until his retirement on April 22, 1996. He was a life long avid bowler, was a member of the Beloit Bowling Hall of Fame and participated in the National Bowling Tournament for 25 years. Survivors include his son, Duane Wendtland; grandchildren, Jeffrey, Zackary, Seneca, and Cody; step children, Peggy McKnight and Steve Hancock; brother, David (Lynn) Wendtland; sister, Ginger (David) Campfield; sister-in-law, Mary Wendtland; numerous nieces and nephews. He was predeceased by his parents, brothers, Richy, Harvey and Oscar; and sister-in-law, June Wendtland. A family graveside service will be held at a later date.

The family of Harry Duane Wendtland created this Life Tributes page to make it easy to share your memories.

Send flowers to the Wendtland family.