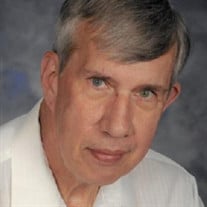 James Frederick Roehl, 77, of Beloit, WI, died on Monday, February 14, 2022 at Beloit Memorial Hospital. He was born on April 2, 1944 in Beloit, WI, the son of Frederick A. Roehl and Dorothy F. (Brayton) Roehl. Beloit was always Jim’s home. He was a member of St. Jude’s Catholic Church and attended their schools. After graduating high school, he joined the United States Navy. In 1982, he married Karey L. Zahradnicek and together they shared her three daughters, Sylvia, Brenda and Rhonda. Jim was formerly employed by Taylor Freezer for 33 years, until his retirement in 2009. He was a member of the Moose Lodge #191 since 1975. Jim was still living in the home his parents moved into when he was nine years old. Jim and Karey purchased the home from his folks. He enjoyed playing solitaire and going out to eat. Jim was known for having sour lemon heads and giving them to people. Survivors include his wife, Karey; daughters, Brenda Brown of Beloit, WI and Rhonda (Mark) LaChance of South Beloit, IL; sister, Barbara (Dennis) Meade of Rockton, IL; brother, Thomas (Jacki) Roehl of Beloit, WI; five grandchildren; seven great grandchildren; brother-in-law, Dale (Kathy) Siebel of Tarpon Springs, FL; sister-in-law, Darcy (Larry) Adams of Beloit, WI; several nieces, nephews, cousins, other relatives and friends. Jim was predeceased by his parents; daughter, Sylvia Denio; son-in-law, Michael Brown; and sister-in-law, Trudy McMillan. The family would like to give a special thank you to Dr. Leo Egbujiobi and Dr. Nissage Cadet. In the emergency room he told the nurses that he had the best Doctors taking care of him. A Funeral Mass of Christian Burial for Jim will be held at 11:00 a.m. on Tuesday, February 22, 2022 in St. Jude Catholic Church, 737 Hackett St., Beloit, WI. Burial will be in Mt. Thabor Cemetery with Military Honors to be accorded by the V.F.W. Post #2306. Visitation of Remembrance will be held from 5:00 p.m. to 7:00 p.m. on Monday, February 21, 2022 in the Daley Murphy Wisch & Associates Funeral Home and Crematorium, 2355 Cranston Rd., Beloit, WI, with a Beloit Loyal Order of the Moose #191 service to follow at 7:00 p.m. Memorials may be given in his name to St. Jude Catholic Church, 737 Hackett St., Beloit, WI or to Beloit Health Systems, Heart Hospital, 1969 W. Hart Rd., Beloit, WI.

The family of James Roehl created this Life Tributes page to make it easy to share your memories.

Send flowers to the Roehl family.