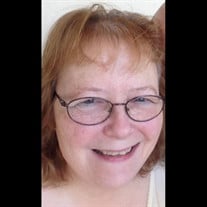 Janet K. Gregory, 67, of Hampton, TN, passed away on Sunday, January 9, 2022 at Johnson City Medical Center, Johnson City, TN. She was born March 20, 1954 in Akron, OH, the daughter of James K. and Charlene (Huber) Iversen. Janet married John “Jack” Gregory on February 15, 1974 in Rockton, IL. He predeceased her on September 1, 2012. Janet went to Arlington High School, in Arlington Heights IL. Her family moved to Honolulu Hawaii her senior year, where she graduated from Kalani High School in 1972. She and her parents moved back to the Chicago area and she attended Milton College where she met her future husband. Janet was employed by Wal-Mart for nearly 20 years. She enjoyed spending time with her kids and grandkids and cared deeply for her family. In 2000, her and her husband moved to southwest FL where they enjoyed 12 years of Florida life until his passing in 2012. She loved collecting shells at the beach and swimming in their pool. In 2015, she moved with her son, Jim, to eastern TN for a new adventure. She enjoyed knitting, crocheting, quilting, and in her younger years traveling and boating on the Rock River. Survivors include her children, Michele (Brian Krawczyk) Heisz and Jim (Jordan Mitchell) Gregory; grandchildren, Brandon and Brooke Heisz; brother-in-law, James Kelley; nieces and nephews. She was predeceased by her parents and sister-in-law, Carole Kelley. Visitation of remembrance will be from 1:00 to 2:00 p.m. on Wednesday, January 26, 2022 in the Daley Murphy Wisch & Associates Funeral Home and Crematorium, 2355 Cranston Rd., Beloit, WI. Funeral service for Janet will be at 2:00 p.m. with Fr. Michael Resop officiating. Burial will be in Mt. Thabor Cemetery.

The family of Janet K. Gregory created this Life Tributes page to make it easy to share your memories.

Send flowers to the Gregory family.