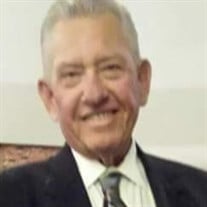 John Wescott Raine, 74, of Roscoe, IL, passed away on Sunday, June 13, 2021 at his home. John was born on February 21, 1947 in Beloit, WI. at Beloit Memorial Hospital, the son of Charles and Charlene (Wescott) Raine. He was a 1965 Beloit Memorial High School graduate. John was an excellent salesman and was employed by Hart Schaffner and Marx in Washington D.C. and Brookfield, WI until 1995. He then became self-employed with Successful Family Publications, retiring in 2018. John was known as the life of the party, storyteller and practical joker. He was a passionate golfer and became a volunteer golf instructor at Hononegah High School. He managed the band “The Paegans” who some of the members formed the band, “Cheap Trick”. John enjoyed hanging out at the Pop House, playing card games, spending time with his family and friends, and traveling to Myrtle Beach with his buddies to play golf. He especially enjoyed talking with his grandchildren, Henry and Harlowe, who they considered him the best Grandpa ever. Survivors include his significant other, Linnea Lynch; son, Matthew Raine; daughter, Tracy (PH) McLaughlin; former wife and mother of Matthew and Tracy, Meredith Raine; two grandchildren, Henry and Harlowe; sisters, Sandra (Ron) Stanley and B. Jane Rebone; nieces and nephews, Kimberly, Jennifer, Chris, Crystal and Josh; second wife, Jean Raine. John was predeceased by his parents. A funeral service for John will be held at 11:00 a.m. on Tuesday, June 22, 2021 in the Daley Murphy Wisch & Associates Funeral Home and Crematorium, 2355 Cranston Rd., Beloit, WI, with Pastor Walt Hoshaw officiating. Visitation of Remembrance will be from 9:00 a.m. until the time of service Tuesday in the funeral home. The family would like to give a special thank you to his niece, Kimberly and to St. Croix Hospice for the care they provided. In lieu of flowers, memorials may be made in his name to St. Croix Hospice, 3815 N. Mulford Rd., Suite #4, Rockford, IL 61114.

John Wescott Raine, 74, of Roscoe, IL, passed away on Sunday, June 13, 2021 at his home. John was born on February 21, 1947 in Beloit, WI. at Beloit Memorial Hospital, the son of Charles and Charlene (Wescott) Raine. He was a 1965 Beloit Memorial... View Obituary & Service Information

The family of John Wescott Raine created this Life Tributes page to make it easy to share your memories.

Send flowers to the Raine family.