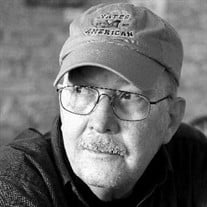 Dr. John D. Spates D.D.S., 80, of Beloit, WI passed away on Thursday, July 29, 2021 in his home. He was born on November 11, 1940 in Elkhart, IN, the son of Gerald Edwin and Mildred (Lowe) Spates. John’s mother died in 1942. Sometime later, Gerald married Rose Hoffman. John said his dad did a good thing by marrying Rose. He was a 1966 graduate of Platteville College where he earned a Bachelor’s of Science degree. He furthered his education at Marquette University Dental School and graduated in 1970. John married Linda Carter on December 20, 1964. She predeceased him on January 10, 2017. John set up a dental practice in Beloit and practiced for many years. After retiring he turned his photography hobby into a well-received creative outlet where he earned many awards. He was later known as the “Grumpy Old Photographer” which went well with his witty sense of humor. Survivors include his brother-in-law, Jack; sister-in-law, Janet; six nephews, Mark, Scott, Robert, Bruce, Matthew and Jeffrey; four nieces, Nancy, Jennifer, Laura and Lindsey; many other relatives and friends. A Celebration of Life for John will be held at a later date. Daley Murphy Wisch & Associates Funeral Home and Crematorium, 2355 Cranston Rd., Beloit, WI assisted the family with arrangements. In lieu of flowers, memorials may be made in honor of John to Beloit Meals on Wheels or to your favorite charity.

The family of John D. Spates created this Life Tributes page to make it easy to share your memories.

Send flowers to the Spates family.