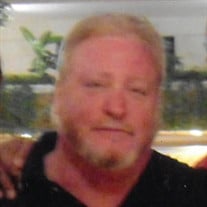 Kevin A. LaBelle, 60, of Beloit, WI, died on Thursday, March 11, 2021 at UW Hospital, Madison, WI. He was born on February 26, 1961 in Janesville, WI, the son of Richard LaBelle and Margaret (McQuade) Swadley. Kevin received his Associates Degree in Welding from Blackhawk Technical College. He married Holiday (Voie) Thrasher on September 25, 2010 in Beloit, WI. Kevin was employed by Fairbanks Morse for over 38 years. During his 3+ decades of service at Fairbanks, he traveled worldwide, including several trips to Germany, London, San Diego, and Philadelphia. He built large diesel engines to power the U.S. Navy. Kevin has always been proud of his many contributions to support our military. He was an avid welder and loved to travel. Survivors include his wife, Holiday; children, Josh (Rebekah) LaBelle and Nikki (Jason) Moffit; granddaughter, Trinitty Moffit; sisters, Candy (Randy) Johnson and Pam LaBelle; brother, Keith LaBelle; stepmother, Rae LaBelle; stepfather, Robert Swadley; numerous nieces, nephews, and cousins. He was predeceased by his parents. A Celebration of Kevin’s Life will be held at a later date.

The family of Kevin A. LaBelle created this Life Tributes page to make it easy to share your memories.

Send flowers to the LaBelle family.