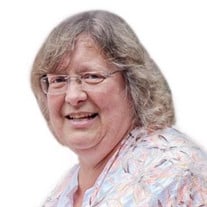 Kristin “Kris” L. Wilson, 54, of Charleston, IL and formerly of South Beloit, IL, passed away on Sunday, September 5, 2021 at Carle Foundation Hospital, Urbana, IL. She was born on January 11, 1967 the daughter of David and N. Jean (Moffitt) Wilson. Kris was a 1985 graduate of South Beloit High School. She later graduated from Creighton University Law School in 1991. Kris moved to Charleston, IL after passing the Bar and began her career at Brainard, Bower, & Kramer. In 2015, Kris started her own law firm, the Law Office of Kristin Wilson, Charleston, IL. She had also been an instructor at a Lakeland Jr. Community College near Mattoon, IL and had an EMT license in Illinois. Kris was a member of the Coles Cumberland Bar Association. She served on the Chapter 7 Panel of the United States Trustees. Kris was respected both in Illinois as well as outside the state of Illinois. She had a passion for dogs and showing her Dobermans and the time she spent with Leona Sibo. Kris enjoyed being outdoors, teddy bears and antiques. Kris did anything for the community that she could, to give back to the community, this was the same as her mother Jean Wilson. She enjoyed hot air balloons and traveled to Albuquerque to the Balloon Fiesta. Survivors include her brother, Scott (Trisha) Wilson of South Beloit, IL; father figure, Dennis (Mary) Hildebrandt; nieces, Amber and Aryn Wilson; aunt, Ann (Randy) Gauvin of Beloit, WI; uncle, John (Bonnie) Hildebrandt of Monument, CO; many cousins; and aunts and uncles and adopted family members. Kris was predeceased by her mother; and grandparents, Stanley and Marian Moffit and Harold and Joanne Hildebrandt. A Funeral Service for Kris will be held at 10:30 a.m. on Thursday, September 16, 2021 in the Daley Murphy Wisch & Associates Funeral Home and Crematorium, 2355 Cranston Rd., Beloit, WI. Burial will be in Pinnacle Hill Cemetery. Visitation of Remembrance will be held from 9:30 a.m. until the time of service Thursday in the funeral home. A Celebration of Life for Kris will be held at a later date in Charleston, IL.

The family of Kristin L. Wilson created this Life Tributes page to make it easy to share your memories.

Send flowers to the Wilson family.