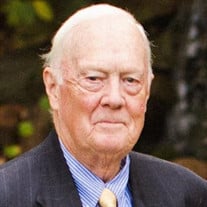 Lowell E. Fjalstad, 84, of Beloit, WI, a loving father, dedicated husband and true friend to all, passed away on Saturday, January 22, 2022 in his home. He was born on April 26, 1937 in Edmore, ND, the son of Edward and Stella (Paulson) Fjalstad. Lowell was a 1955 graduate of Beloit Memorial High School and a member of the 1955 State Championship Swim Team. He was a veteran with the United States Army National Guard. Lowell married Julia Fjalstad on April 30, 1960 in Waynesboro, PA. She predeceased him on March 17, 2016. Lowell was a Journeyman Machinist serving his apprenticeship with Landis Tool Company in Waynesboro, PA. He was employed by Gardner Disc Grinders and Abrasives as a Project Engineer for 44 years prior to their closing. After his retirement Lowell served as a consultant for 2 years. Lowell was an active member of Our Savior’s Lutheran Church; he was a Sunday School Teacher and Chairman of the Church Building and Grounds Committee. Anything that needed to be done Lowell found a means of taking care of it. Lowell was a Representative of the Skaalen Home Auxiliary, which he cared very deeply about and was willing to help in any capacity. He volunteered at Beloit Memorial Hospital for 30 years where he fostered many meaningful relationships with those he volunteered alongside. Lowell was an Eagle Scout, dedicated Scoutmaster for the Boy Scouts of America Troop 608 for over 60 years and involved in Scouting for over 75 years. Through his years in scouting Lowell took on many adventures including three World Jamborees, four trips to Sea Base in FL, a High Adventure trip to Canada and numerous camping trips. He also received various awards and acknowledgements for his dedication to scouting. Since 1961 a Pancake Supper has been held annually that benefits the troop and supports camping. Lowell’s love for scouting is a credit to his mother Stella. Survivors include his children, Christine (Scott Grassini) Fjalstad of Prior Lake, MN, Sarah (Ralph) York of Chetek, WI, Michele (Mike) Davis of Janesville, WI, Beth (Christopher) Brauns of Clinton, WI, Gretchen (Kirk) Overturf of Janesville, WI, Eric (Tara) Fjalstad of Stuart, FL, and Philip Fjalstad of Janesville, WI; grandchildren, Irving (Kim) York, Amy (Tyler) Tubbs, Raymond and Rebecca York, Jessica (Mel) Alicea, Michael (Bri) Davis, Kaeden and Garren Overturf, Corbin and Isabelle Fjalstad, Cameron Fjalstad, Cassie (Jefferson) Mullins and Matthew Brickman; great grandchildren, Zander and Dax; Cullen and Quinn; Emrik and Esme, siblings, Carolee (David) Emmel, Bonnie Menke, of Beloit, WI and Joseph Fjalstad of Menasha WI; as well as Brandy Fjalstad and several nieces and nephews who fondly referred to him as Uncle Chuck. Lowell was predeceased by his parents and brother-in-law, John Menke. There will be a private Memorial Service for his family. A Visitation of Remembrance will be held from 2:00 p.m. to 5:00 p.m. on Saturday, April 30, 2022 at the Daley Murphy Wisch & Associates Funeral Home and Crematorium, 2355 Cranston Rd., Beloit, WI. In lieu of flowers, memorials may be given to Troop 608 at Our Savior's Lutheran Church, Beloit, WI, or The Resident Benevolent Fund at Skaalen Home, Stoughton, WI. Lowell was truly a Servant of God. We are all so proud of him for his contributions to the Church, and commitment to Scouting through OSLC Boy Scout Troop 608 as well as being a loving son, brother, husband, father, friend, and more. We were blessed to have a father who not only formed our lives, but touched the lives of so many others in profound ways. The stories they share are immensely moving and personal. He led by example, and always did what was right regardless of the outcome.

Lowell E. Fjalstad, 84, of Beloit, WI, a loving father, dedicated husband and true friend to all, passed away on Saturday, January 22, 2022 in his home. He was born on April 26, 1937 in Edmore, ND, the son of Edward and Stella (Paulson) Fjalstad.... View Obituary & Service Information

The family of Lowell Fjalstad created this Life Tributes page to make it easy to share your memories.

Send flowers to the Fjalstad family.