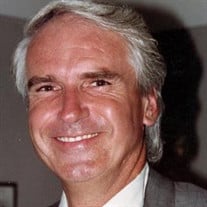 Ray Matteson was the firstborn son of Raymond and Evelyn (Frelk) Matteson. He was born in Morris, Illinois on July 11, 1944 and died unexpectedly while traveling on Wednesday, July 22, 2021. He was married on January 26, 2001 and is survived by his wife, Sarah (Ulrich) Matteson. Ray grew up on a family farm in Stockdale, Illinois and graduated from nearby Morris Community High School in 1961. He moved to Beloit, Wisconsin with his family and graduated from the University of Wisconsin Whitewater with a degree in Business Administration. Ray also served his country honorably in The National Guard. He began his professional career selling Cable Television door-to-door in Beloit. Ray eventually joined the industry’s largest service organization, USCS/CableData, later acquired by DST. Ray was a key executive there for over 30 years. After retiring from DST, Ray continued to be active in real estate and helped pioneer owning real estate through personal retirement accounts. In fact, his approach was so innovative that The New York Times featured him in an article about retirement investment options in June of 2005. During leisure times, Ray loved spending time with family, traveling, boating, fine wines, excellent dining, and especially spending quality time with his dogs, Coco and Bear. He also enjoyed vacationing in Door County, WI and shooting guns with his uncles and cousins. He ardently loved to mentor young business colleagues and will be missed by many friends and relatives who enjoyed his quick wit, boyish charm, and his selfless concern for all those around him. Survivors include his wife, Sarah of Loomis, CA; brother-in-law, Norman Nelson of Beloit, WI with James and Lori Ann both of Beloit, WI; and numerous cousins, relatives and friends. Ray was predeceased by his parents and sister, Sharon (Matteson) Nelson, all of Beloit WI. A Memorial Service will be held at 11:00 a.m. on Saturday, August 28, 2021 in Our Lady of the Assumption Catholic Church, 2222 Shopiere Rd., Beloit, WI with Fr. Michael Resop officiating. Entombment will be in Mt. Thabor Cemetery. Visitation of Remembrance will be held from 10:00 a.m. until the time of service Saturday in the church.

Ray Matteson was the firstborn son of Raymond and Evelyn (Frelk) Matteson. He was born in Morris, Illinois on July 11, 1944 and died unexpectedly while traveling on Wednesday, July 22, 2021. He was married on January 26, 2001 and is survived... View Obituary & Service Information

The family of Raymond Matteson created this Life Tributes page to make it easy to share your memories.

Ray Matteson was the firstborn son of Raymond and Evelyn (Frelk)...

Send flowers to the Matteson family.