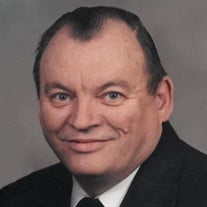 Richard Brenum, 79, of Beloit, WI, passed away on Sunday, February 21, 2021 in his home. He was born on February 24, 1941 in Monroe, WI, the son of Bernus and Frances (Hanson) Brenum. Richard was a 1959 graduate of South Wayne High School. He was a member of the National Guard. Richard married Shirley Lietz on June 20, 1964 in Rockford, IL. Richard was employed at Beloit Corporation as a painter. In his retirement, every Tuesday, Richard had breakfast with his Union Buddies at Neli’s Restaurant in South Beloit, IL. He was an avid fan of the Minnesota Vikings and St. Loius Cardinals. He was a member of the Our Savior’s Lutheran Church, Beloit, WI. Richard was a loving husband, father, grandfather and will be missed dearly by all. Survivors include his wife, Shirley; children, Brian Brenum (Cathy Keeter) of Janesville, WI, Kevin (Patty) Brenum of Beloit, WI, Keith (Theresa) Brenum of Dryden, NY and Kari (Daniel) Strong of Beloit, WI; grandchildren, Michael, Laura, Katelyn, James, Jennifer, Rex, Jack, Robert, Zackary and Derek. Richard was predeceased by his parents, and stepmother Mable. A special thank you to Beloit Regional Hospice and Brightstar Care for their loving support. A Funeral Service for Richard will be held at 1:00 p.m. on Thursday, February 25, 2021 at Daley Murphy Wisch & Associates Funeral Home and Crematorium, 2355 Cranston Rd. Beloit, WI, with Pastor Tony Dusso officiating. A visitation will be held from 11:00 a.m. until the time of service Thursday in the funeral home. Burial will be in the Newark Cemetery. Social distancing and face masks are required. In lieu of flowers, memorials may be given to the Beloit Regional Hospice.

The family of Richard Brenum created this Life Tributes page to make it easy to share your memories.

Richard Brenum, 79, of Beloit, WI, passed away on Sunday, February...

Send flowers to the Brenum family.