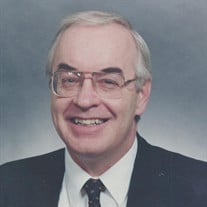 Richard “Dick” Vernon Holm, 78, of Beloit, WI, died on Thursday, January 13, 2022 at Beloit Memorial Hospital. Richard was most frequently referred to as "Dick Holm" during his lifetime. He also had other less frequently used nicknames such as "Rick" & "Rich." There were probably others used only out of Richard's hearing range. He was born on February 2, 1943 in Superior, WI, the son of Vernon Malcolm and Lorraine C. (Divine) Holm, who predeceased him. Richard is survived by two sons, Robert Holm and Jeff Holm; Robert's sons, Noah M. Holm and Gabriel Holm; Dick’s siblings, James R. Holm, Kathleen (Cox) Holm, Margaret Mary (Peggy Catarella) Holm, and Patricia Elizabeth (Patty Ingram) Holm. All surviving siblings currently reside in or around the Sacramento, CA metropolitan area. Richard attended grade school and one year of high school at Cathedral in Superior, Wisconsin. He also attended kindergarten at McCaskill school in Superior. He attended 10th, 11th, and 12th grades at Campion High school in Prairie du Chien, WI, an all-male, catholic (Jesuit), military, boarding school. Richard was a letter winner on the Campion basketball & track teams. He held the school record for the half mile race. After he graduated from Campion in 1961, Richard returned to Superior to attend college at UW Superior. Richard worked two jobs while attending UW Superior, one at Cronstrom's Supper Club as a dishwasher and the other as a grocery clerk at City Market. He participated in numerous extracurricular activities while in college: drama (acting), fraternity, homecoming chairman, Newman Club, track etc. Richard lost one semester of school when he was hospitalized with mononucleosis. His graduation was postponed until he was able to make up that semester. Prior to graduation Richard married Alice I. Tikkanen the mother of his children, Robert and Jeff. Richard was offered a job as a high school English teacher (9th &10th grades) in Bruce, Wisconsin. Prior to graduation He accepted the job and taught school for three years in Bruce. He completed the coursework necessary to graduate from college during the summer following his 1st year of teaching. During his 3-year stint as a teacher, his two sons were born. In 1968, Richard decided to try law school at UW Wisconsin in Madison. He was accepted by the law school and began classwork that fall. During his law school career Richard's wife Alice, worked for the Madison bus company and Richard worked at several part time jobs, including the Campus Inn in downtown Madison. Campus protests against the Viet Nam War were very intense at UW Madison during that time. Sterling Hall, near the law school, was bombed. The National guard occupied the campus, and the smell of tear gas was in the air everywhere. Many students were holding handkerchiefs over their faces both in class and while traveling to class. Sons Robert and Jeff were actually sprayed with teargas while inside their babysitter’s car. Richard and Alice divorced in 1975. After graduating from law school in 1971, Richard joined the law firm of Hansen, Eggers, Berres & Kelley as an associate and later as a partner. Richard was a general practitioner at the law firm from 1971 to 1992. During that time, he served part time as Assistant City Attorney, outside counsel and Daniel T. “Tom” Kelley served as City Attorney, outside counsel. In 1992 the City Council named Tom Kelley as City Manager. Richard was appointed "Acting City Attorney" when Tom Kelley accepted his appointment as City Manager. The City Council decided to make the City Attorney a city employee with offices in city hall beginning in 1993. Richard applied for the position, along with many other applicants. He was selected by the city to serve as in house City Attorney commencing January 1, 1993. Richard served in that capacity until 2006 when he retired. Richard had several hobbies which he enjoyed. Among them were gardening, duplicate bridge, watching the Badgers & Packers play, non-serious fishing, travel, going to the dog track, and watching horse racing. After retiring, Richard took up two new hobbies: stamp collecting and college basketball statistics. Between 1985 and 1990 Richard and his significant other, Dolores Coyle, were very intense bridge partners playing tournaments all over the Midwest and beyond. During that time Richard achieved the title of Bronze Life master, thanks to Dolores. Dolores predeceased Richard in April 2000. After Dolores' passing Richard and Jean Hallett, a longtime acquaintance and bridge partner, became quite close and dependent emotionally and otherwise on each other. This obituary is the result of constant prodding & nagging by Richard's friends. Richard wrote this obituary with the understanding that it would not be edited by anyone after his passing. He threatens to bring a curse upon anyone who attempts to do so after his passing. Private family services will be held.

Richard &#8220;Dick&#8221; Vernon Holm, 78, of Beloit, WI, died on Thursday, January 13, 2022 at Beloit Memorial Hospital. Richard was most frequently referred to as "Dick Holm" during his lifetime. He also had other less frequently used nicknames... View Obituary & Service Information

The family of Richard "Dick" Vernon Holm created this Life Tributes page to make it easy to share your memories.

Send flowers to the Holm family.