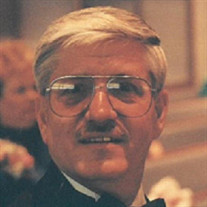 Robert “Bob” Carl Hannawell, 73, of Beloit, WI passed away on Monday, September 6, 2021 at home. He was born on February 11, 1948 in Beloit, WI, the son of Robert and Willabelle (Youngwith) Hannawell. Bob was a 1966 graduate of South Beloit High School. He married Anne Fiske on May 31, 1969 in St. Peter’s Catholic Church, South Beloit, IL. Bob was formerly employed by Fairbanks Morse, Beloit Power Systems, Beloit Corporation and retired after owning his own business. He was a member of the Chicagoland Mopar Club. Robert loved NASCAR and anything related to it—he rarely missed watching any of the races. He truly was an automobile aficionado. Survivors include his wife, Anne; daughter, Shari (Ricardo) Bouche of Gurney, IL; grandchildren, Vanessa and Gabrielle of West LaFayette, IN; mother, Willabelle; brother, Dennis Allen Hannawell; sister, Christine Joy (Randall) Oldenburger of Roscoe, IL; and nieces, Melissa Kay Sieder of Romeoville, IL and Megan Elizabeth Collier of Gordon, CO. Bob was predeceased by his father; brother, Brian Anthony Hannawell; and his beloved Saint Bernard, Mercedes. Family Services for Bob will be held. Memorials may be made in his name to St. Bernard Rescue Foundation or the Alzheimer’s Association.

The family of Robert "Bob" Carl Hannawell created this Life Tributes page to make it easy to share your memories.

Send flowers to the Hannawell family.