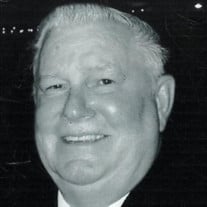 On January 13th, 2022 Ron found his way to the pearly gates of heaven. Ron was a loving husband, father, grandfather, brother, uncle and friend of many. He was born on July 14th, 1935 in Beloit, WI and grew up in Rockton, IL. He graduated from Hononegah High School in 1954 and attended Rockford College. Ron spent almost 3 years in the U.S. Army during the Korean War conflict from 1955 to 1957. Ron spent most of his Army career in Europe as a heavy vehicle driver. Ron married Phyllis M. Kane on November 14, 1961 in the Rockton Methodist Church and enjoyed 60 years of marriage. In 1972, their marriage was blessed in St. Rita’s Catholic Church. Ron and Phyllis had two daughters, Ronda (Keith) Ellefson of Beloit and Robin Crouch of Rockton, IL; two sons, Jason (Mandy) Crouch of South Beloit, IL and John (Nicki) Crouch of Algonquin; 7 grandchildren, Matthew (Cassandra), Halliway, Evan, Amelia, Owen, Shelby and Olivia; great grandson, Landon; in-laws, Jim (Sue) Kane, Bob (Bonnie) Kane, Mary Matulink, Roger (Beth) Kane, Kathleen Mischel, Bernard Kane and Veronica (Henry) McClamrock, Ramona Blaney, Teresa (Mike) West, John (Bernie) Kane, Mike (Lynn) Kane and Diane Kane; nephews, Jim and Jerry Crouch. Ron and Phyllis started their family in Roscoe, IL. His career took him and his family throughout the Midwest living in Illinois, Iowa and Wisconsin. They eventually settled back in his hometown of Rockton, IL. Ron was the first outside salesman for Elco Industries of Rockford where he dedicated 41 years of his career, retiring in 2000. Ron was a magnet for a good time and always enjoyed socializing with friends and family. He was always the humorist and always had a good joke or a riddle! He enjoyed spending time with his family, playing cards, horseback riding, golfing, fishing, and deer hunting. Ron also enjoyed watching the birds and squirrels, reading Louis L’Amour novels, watching Westerns, and cheering for his beloved Green Bay Packers. Ron spent his last days resting peacefully surrounded by his family and loved ones. He was predeceased by his mother and father Olive and Earl; two brothers, Richard and Russell; brothers-in-law, Ron Matulink, Patrick Kane, Albert Roberts, General James Blaney, and John Mischel; and sisters-in-law, Margaret Roberts and Diane Kane. A visitation for Ron will be held on Friday, January 21, 2022 from 5-7 p.m. at Daley Murphy Wisch Funeral Home, 2355 Cranston Road, Beloit, WI. There will be a funeral service at Daley Murphy Wisch on Saturday, January 22, 2022 at 1:00 p.m. followed by a burial service at the Rockton Cemetery. A celebration of Ron’s life will follow at the Rockton American Legion. A memorial in his name will be established at a later date.

On January 13th, 2022 Ron found his way to the pearly gates of heaven. Ron was a loving husband, father, grandfather, brother, uncle and friend of many. He was born on July 14th, 1935 in Beloit, WI and grew up in Rockton, IL. He graduated... View Obituary & Service Information

The family of Ronald E. Crouch created this Life Tributes page to make it easy to share your memories.

Send flowers to the Crouch family.