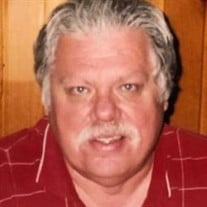 Ronald Lee Koopman, 71, of Beloit, WI, passed away on Thursday, January 27, 2021 in Beloit Memorial Hospital. He was born October 6, 1949 in Beloit, WI, the son of Kenneth S. and Marion A. (Hanaman) Koopman. Ron was a 1967 graduate of Beloit Memorial High School. He continued his education at Bethel College and in 1975 graduated from Fort Wayne Bible College with a Bachelor of Science degree in Pastoral Training. Ron married Elizabeth “Beth” Anne Dresselhaus on August 4, 1972 in People’s Church, Beloit, WI. Ron and Beth did missionary work through United World Missions in Venezuela for 6 years. In 1990, they returned to Beloit, WI, and Ron served as the Associate Pastor for People’s Church. He was also employed by Plasticraft, retiring in 2014. He was a leader for the Youth for Christ, Chaplain for the Beloit Police Department and was involved in the Juvenile Justice Prison Ministries. Ron has a special place in his heart for the people he met during his ministry as well as his unconditional love for his Savior Jesus Christ. That love was only matched by the love for his wife, Beth and the love for his children, grandchildren and family. Survivors include his wife, Beth Koopman of Beloit, WI; daughter, Kari (Eric) Schoonover of Tiffany, WI, and their children, Lauryn, Caleb, Jacob and Evan; daughter, Kelli Koopman of Beloit, WI, and her children, Aydin, Madyson, Jaxsyn, Hudsyn and Brekkyn; daughter, Kristy (Jake) Edmonds of Eagle, WI, and their children, Aubrey, Mason, Max, and Addison Kimberlee; brothers, Roger (Nancy) Koopman of Beloit, WI, and Reginald (Linda) Koopman of Loveland, CO; mother-in-law, Betty Dresselhaus; sisters-in-law, Kathleen Cikar, Nancy (Greg) Ferguson, Carol (Tulio) Duran, Patricia Newman, all of Beloit, WI, and Deborah (Sam) ElJoundi of Charlotte, NC; special aunts, Sandy Hanaman and Cheryl Hanaman; several nieces, nephews and cousins. He was predeceased by his parents; daughter, Kimberly Koopman; father-in-law, Milton Dresselhaus; brother-in-law, Kevin Newman and nephew, Erik Koopman. A Memorial Service for Ron will be at 11:00 a.m. Saturday, February 27, 2021 at People’s Church, 340 W. Grand Ave., Beloit, WI. Visitation of remembrance will be from 10:00 a.m. until the time of service Saturday in the church. Memorials may be given in his name to the People’s Church or to the church supported missions.

Ronald Lee Koopman, 71, of Beloit, WI, passed away on Thursday, January 27, 2021 in Beloit Memorial Hospital. He was born October 6, 1949 in Beloit, WI, the son of Kenneth S. and Marion A. (Hanaman) Koopman. Ron was a 1967 graduate of Beloit... View Obituary & Service Information

The family of Ronald Lee Koopman created this Life Tributes page to make it easy to share your memories.

Send flowers to the Koopman family.