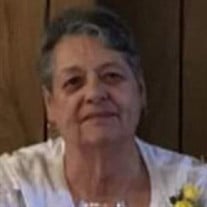 Sherry Rulestead, 73, of Beloit, WI, passed away after a long battle with COPD on Wednesday, February 16, 2022 at Beloit Memorial Hospital surrounded by her family. She was born on April 23, 1948, the daughter of Albert and Louise (Smothers)... View Obituary & Service Information

The family of Sherry Rulestead created this Life Tributes page to make it easy to share your memories.

Sherry Rulestead, 73, of Beloit, WI, passed away after a long...

Send flowers to the Rulestead family.