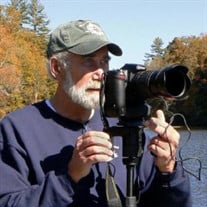 Stanley “Stan” Lee Smith, 68, of Beloit, WI, passed away peacefully after a courageous battle with cancer on Sunday, July 18, 2021 surrounded by his loving family. He was born in Thomasville, GA, to Horace and Minnie Smith. Stan was the fourth child born and the second son. While young, he moved with his family to Florida and two more siblings were added to the family. Stan grew up enjoying all the outside activities Florida had to offer. He would later attend Palmetto High School, MJC (Manatee Junior College), Blackhawk Technical College, and the University of Wisconsin to learn current management methods. In 1975, Stan moved his family to Wisconsin for a career opportunity with a fast-growing manufacturing company, Regal Cutting Tools. He returned to Florida in 1980 briefly to thaw out and then rejoined the same company when they asked him to take a position with them again that same year. They offered him several locations where he could work and he chose to live in Atlanta, GA; Columbia, South Carolina, and then Corporate Headquarters in Beloit, WI. During that time, he held the positions of Front-Line Supervisor, Department Manager, Branch Manager, Corporate Office Customer Service Manager, and Corporate Plant Manufacturing Manager. At the time of his passing, Stan worked for Besly Cutting Tools as Operations Manager. He thoroughly enjoyed his work and the friends he made at work. Stan was a man of God, honor, and integrity. He lived his life with love and laughter. Stan was an accomplished artist and received many awards for his photography. He enjoyed reading and studying history. He was also known as someone who was knowledgeable in many areas of study and was unbeatable in trivia games. Stan was a member of Capital City Bassmasters; fishing in many tournaments to benefit the Ronald McDonald House. Those that knew Stan, called him a friend. Known as Daddy and Grampa, he loved and cherished his daughters, grandsons, his loving companion, Laura, and his sisters. He leaves behind two daughters, Amy (Steve) Wilson, Stacey Smith; three grandsons, Cade, Seth, and Blaine; his loving companion, Laura Meyer; sisters, Cheryl Neely and Tracy Kelly; many nieces and nephews, and his beloved furry family, The Princess “Sasha”, and Xanadu’s Spirit of Jazz in Kodakrome, “Koda.” The family would like to give special thanks to Beloit Cancer Center and his Beloit Heath medical team. A private celebration of Stan’s life as well as his inurnment will be held in Florida at a later date. Memorial donations may be made in Stan’s name to Beloit Regional Hospice, 655 Third St., Suite 200, Beloit, WI 53511.

Stanley &#8220;Stan&#8221; Lee Smith, 68, of Beloit, WI, passed away peacefully after a courageous battle with cancer on Sunday, July 18, 2021 surrounded by his loving family. He was born in Thomasville, GA, to Horace and Minnie Smith. Stan... View Obituary & Service Information

The family of Stanley L. Smith created this Life Tributes page to make it easy to share your memories.

Send flowers to the Smith family.