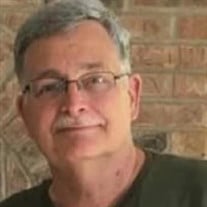 Stephen Paul “Steve” Dwyer, 69, of Hampton, VA, passed away on Monday, April 25, 2022. Steve was born on July 5, 1952 in Beloit, WI, the son of Richard and Martha (Smith) Dwyer. He attended Beloit Catholic High School, graduating from Hononegah High School in 1970. Steve graduated with his Bachelor’s Degree in History from Northern Illinois University. While in college, he became a member of the ROTC and following graduation, enlisted into the United States Army in 1974. Throughout his Army career, he was stationed at Fort Polk, Fort Benning, Mannheim, France, Fort Eustis and Fort Monroe. During his tour service, he served with the Army Ranger’s and retired at the rank of Captain in 1987. After his Army career, he continued to serve with the Army as a Civil Servant for 23 years. Steve was a dedicated brother and uncle, he was involved in all of his nieces and nephews lives attending and following all of their events. He was a very giving person, with a soft demeanor and with his passing he left a lasting impact on everyone’s lives he touched. Steve was a huge patriot who loved America and he left no man behind. Survivors include his two daughters, Jennifer Lea Cornette and Heather Lynn Kinkade Porter; several grandchildren; siblings, Christine (JP) Vyborny, David Dwyer, Patty (Adam) Zickert and Richard (Sandy) Dwyer Jr; godson, Stephen Dwyer; and numerous nieces and nephews. A Funeral Mass of Christian Burial for Steve will be held at 11:00 a.m. on Friday, May 6, 2022 in St. Peter Catholic Church, 620 Blackhawk Blvd., South Beloit, IL. Burial will be in Rockton Cemetery. Visitation of Remembrance will be held from 9:00 a.m. until 10:00 a.m. in the Daley Murphy Wisch & Associates Funeral Home and Crematorium, 2355 Cranston Rd., Beloit, WI on Friday. A service of remembrance will be live streamed at 10:00 a.m. followed by a procession to the church. Memorials in his name will be established at a later date.

The family of Stephen P. Dwyer created this Life Tributes page to make it easy to share your memories.

Send flowers to the Dwyer family.