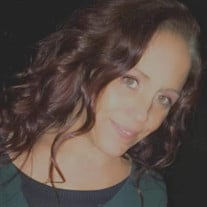 Tammi (Schrupp) Keniston, 46, of Elkhorn, WI, died unexpectedly on Tuesday, September 21, 2021 in her home. She was born on May 6, 1975 in Rockford, IL, the daughter of David and Terry (Brady) Schrupp. Tammi was a 1993 graduate of South Beloit... View Obituary & Service Information

The family of Tammi (Schrupp) Keniston created this Life Tributes page to make it easy to share your memories.