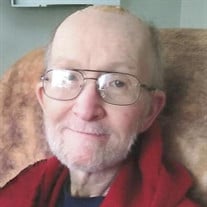 Terry Lee Thostenson, 71, formerly of Afton and current resident of Janesville, WI, passed away on Thursday, December 9, 2021 in his home. He was born on June 6, 1950 in Beloit, WI, the son of Orville and Celia (McCormick) Thostenson. Terry was a veteran of the United States Air Force serving in the Vietnam Era. He married Mary E. Baldwin on May 15, 1971 in Janesville, WI and they had two children. He married Penny Turner on June 29, 1997. Terry was employed at Beloit Corp., NFI, was a car salesman and an insurance representative until his retirement in 2012. He was an avid shooter and classic car person. Terry was an active member of the American Legion post #205, Janesville, WI. Survivors include his wife, Penny Thostenson of Janesville, WI; son, Steven (Jennifer) of Afton, WI; daughter, Deidra (Frank) of Alexandria, KY; grandsons, Cody and Riley both of Afton, WI; stepdaughter, Shannon; three stepsons, Jim, Jeremiah and Bobby; and 11 step grandchildren. Terry was predeceased by his parents, Orville and Celia. The family would like to thank the Mercy Hospice staff for their wonderful care. A Funeral Service for Terry will be held at 11:00 a.m. on Friday, December 17, 2021 in the Daley Murphy Wisch & Associates Funeral Home and Crematorium, 2355 Cranston Rd., Beloit, WI with Pastor Brad Urlaub officiating. Military Rites will be accorded by the V.F.W. Mead Allen Post #205. Burial will be in the Town of Rock cemetery. Visitation of Remembrance will be held from 10 a.m. until the time of service Friday in the funeral home. In lieu of flowers, memorials may be made in his name to the American Diabetes Association.

Terry Lee Thostenson, 71, formerly of Afton and current resident of Janesville, WI, passed away on Thursday, December 9, 2021 in his home. He was born on June 6, 1950 in Beloit, WI, the son of Orville and Celia (McCormick) Thostenson. Terry... View Obituary & Service Information

The family of Terry Lee Thostenson created this Life Tributes page to make it easy to share your memories.

Send flowers to the Thostenson family.