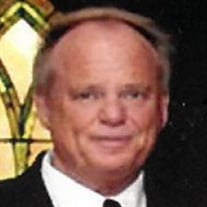 Timothy W. “Tim” Lowrie, 75, of Rockton, IL, passed away on Thursday, December 2, 2021 at Fair Oaks Rehabilitation & Health Care Center. He was born on August 31, 1946, in Beloit, WI, the son of Gerald and Mary (Stickel) Lowrie. Tim was a 1964 graduate of Beloit Catholic High School. He continued his education at the University of Wisconsin Whitewater where he earned his Bachelors degree in 1969 and his Master’s degree in Education in 1984. Tim married Susan “Sue” Rifenbery on March 25, 2006. Tim was employed by the Beloit School District from 1969 until his retirement in 2006. He taught Seventh Grade World Geography at McNeel and Lincoln Junior High School. He taught through storytelling and developing relationship connections with his students. Tim especially emphasized his philosophy of education “To not only accept but to ask the question, why?” He attended every sporting event for his children and was a football and basketball coach. Tim had a passion for preserving sports memorabilia, which led him to develop quite a collection. He enjoyed attending memorabilia shows. Many items were added to his collection through memorabilia shows, flea markets, garage sales and eBay. Tim’s collection focused on his childhood heroes, Eddie Matthews, the Milwaukee Braves and even the Braves archnemesis, Mickey Mantle and the New York Yankees. Survivors include his wife, Sue Rifenbery-Lowrie; children, Jerry John Lowrie of Madison, WI and Kristin (Dr. Jason) Bredankamp of Evansville, IN; grandchildren, Bryn and Collin Leeder and John Bredankamp; and the mother of his children, Susan Beaudoin. Tim was predeceased by his parents. In lieu of flowers, memorials may be made in his name to Fair Oaks Rehabilitation & Health Care Center. A Celebration of Life for Tim will be held at a later date. Daley Murphy Wisch & Associates Funeral Home and Crematorium, 2355 Cranston Rd., Beloit, WI, assisted the family with arrangements.

The family of Timothy W. Lowrie created this Life Tributes page to make it easy to share your memories.

Send flowers to the Lowrie family.