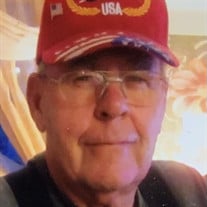 Vincent M. “Vince” Daugherty, 82, of South Beloit, IL, passed away on Saturday, August 14, 2021 at North Pointe Terrace Assisted Living. He was born March 2, 1939 in Steuben, WI, the son of Lawrence and Thelma (Groom) Daugherty. Vince was a 1958 graduate of South Beloit High School. He was a veteran of the U.S. Army. Vince married Deanna Nicolai on October 12, 1963 in Beloit, WI. She predeceased him on May 14, 2021. Vince was formerly employed by Besley-Bendix, Warner Electric, Wilson & Shipler, and Fisher Body. He then became the owner and operator of Daugherty Disk Grinder in South Beloit, IL until he sold it in 1995. Vince was very proud of his Irish heritage. He loved spending time with his family, especially at their lake house in Beaver Dam, going on many family vacations, including: Aruba, Ireland, Alaska, Panama City, Las Vegas, and a train ride to Niagara Falls. He enjoyed his antique cars which include his 1935 Ford, 1954 Pick-up and a 1967 Mustang. Vince was a member of the Roscoe Masonic Lodge #0075, 50 year member of the Ancient Free & Accepted Masons of IL, South Beloit Businessman’s Hall and the South Beloit American Legion Holtz Hirtz Post # 288 where he played horse shoes. He was the past president of the South Beloit Historical Society and the past union president at Besley. Survivors include his children, Niki (Larry) Boeck and Sean (Lucretia) Daugherty all of South Beloit, IL.; grandchildren, Branden (Courtney) Daugherty, Ashley Martin, Carley (Jake) Ott and Cullan Boeck; three great grandchildren, Landon, Paxton and Ryland; half brother, Doug (Connie) Zimmerman; sisters-in-law, Virginia, Kay, Mavis Daugherty, Pat (Allen) Rozelle, Connie Nicolai, Betty Jane Alt and Charlene (Bill) Schubert; many nieces and nephews; other relatives and friends. Vince was predeceased by his parents, brothers, Ishmal, Reginald, Jerald and Dennis; sisters-in-law; and most recently his wife, Deanna. A Funeral Service for Vince will be held at 4:00 p.m. Friday, August 20, 2021 in Daley Murphy Wisch & Associates Funeral Home and Crematorium, 2355 Cranston Rd., Beloit, WI. Military honors will be accorded by the V.F.W. Mead Allen Post #2306. Burial will be in Floral Lawn Cemetery. Visitation will be from 5 to 7 p.m. Thursday in the funeral home. Memorials may be given in Vince’s name to the South Beloit Historical Society.

The family of Vincent M. "Vince" Daugherty created this Life Tributes page to make it easy to share your memories.

Send flowers to the Daugherty family.